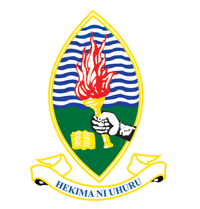 Mission & Vision
Vision
“to become a reputable world-class university that is responsive to national, regional and global development needs through engagement in dynamic knowledge creation and application.”

“the unrelenting pursuit of scholarly and strategic research, education, training and public service directed at attainment of equitable and sustainable socio-economic development of Tanzania and the rest of Africa.”

The focus of the University of Dar es Salaam activities during the period 2006/ 07 – 2010/11, shall be guided by the following theme: “Enhanced quality outputs in teaching, research and public service”

Towards achieving its Vision and fulfilling its Mission, the University of Dar es Salaam subscribes to the following Values:
Academic excellence by ensuring that the pursuit of academic excellence in teaching, research and service to the public is well recognised and forms an important part of the academic and organisational life of the institution.

Academic integrity by ensuring that all the academic outputs are produced in line with international standards of academic integrity.
Academic freedom by upholding the spirit of free and critical thought and enquiry, through the tolerance of a diversity of beliefs and understanding, as well as fostering open exchange of ideas and knowledge amongst the staff and/or students.
“unrelenting pursuit of scholarly and strategic research, education, training and public service directed at the attainment of equitable and sustainable socio-economic developmentof Tanzania and the rest of Africa.”
Internationalisation through participation in the regional and global world of scholarship, by being receptive and responsive to issues within the international environment, as well as enrolling an increasing number of international students.
Professional and ethical standards by upholding the highest professional standards and ethical behaviour, and through openness, honesty, tolerance and respect for the individual in all disciplines.
Social responsibility by promoting an awareness of, and providing leadership to respond to, the issues and problems facing society with a view to ultimately solving and alleviating them.
Developmental responsibility by ensuring that most of the research conducted has an immediate or long-term impact.
Teaching and learning by creating a holistic teaching and learning environment which is student centred, providing students with social, cultural and recreational opportunities that will facilitate the full realisation of their potential for academic and personal growth.
Institutional autonomy characterised by self-governing structures guided by the University’s Council and greater independence of action, while being responsive to societal and development needs or to what is prescribed by the relevant legal instruments.
Public accountability by ensuring transparent decision making and open review, as well as the full participation of stakeholders in the development of the institution and in major policy shifts.
Equity and social justice by ensuring equal opportunity and non-discrimination on the basis of personal, ethnic, religious, gender or other social characteristics.
Strategic planning culture by inculcating it at all levels in the University.
Research relevance by ensuring that research addresses relevant national or societal problems.
ICT use of ICT by application of ICT in the enhancement of academic delivery and management.